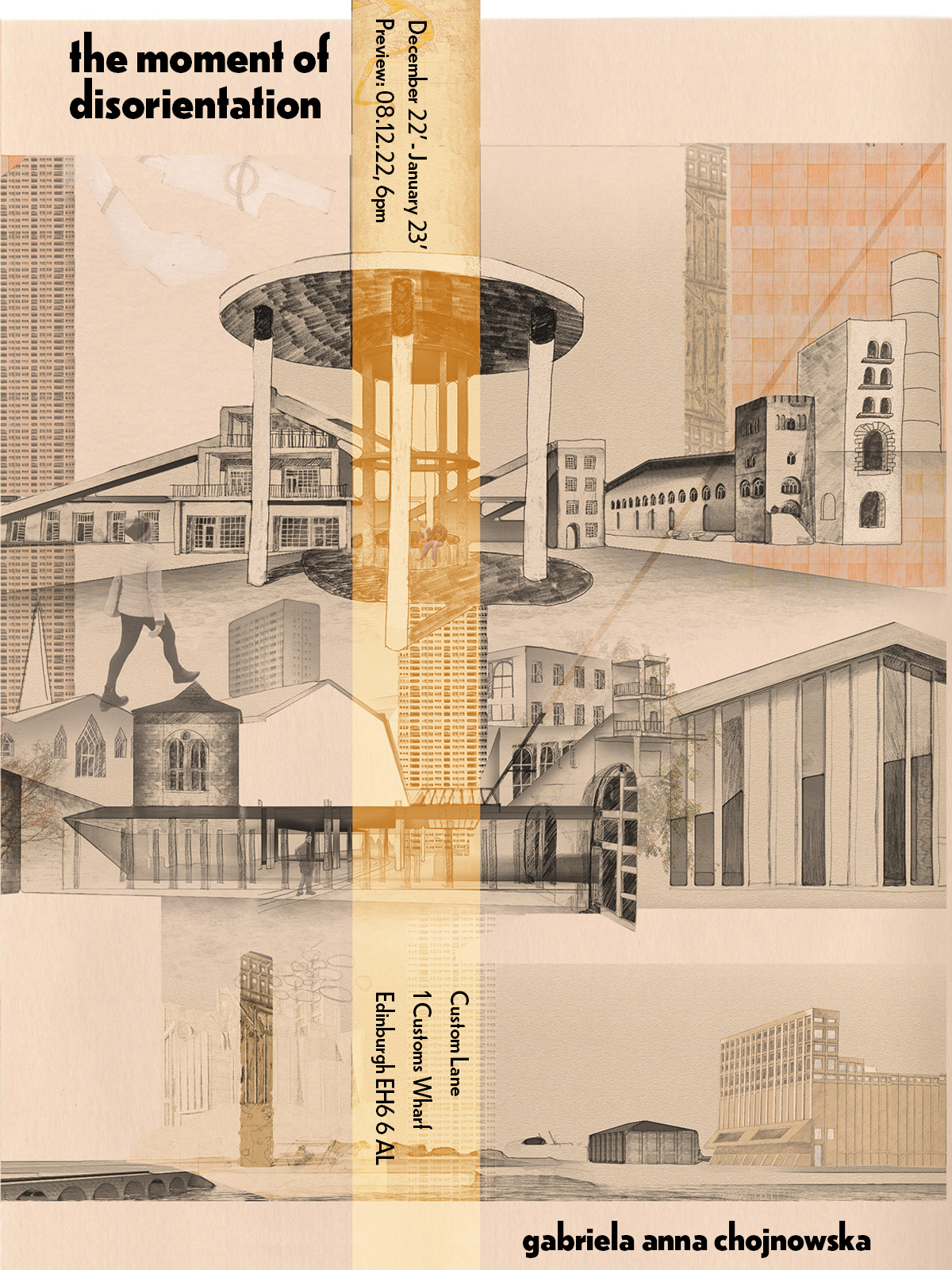 ‘The Moment of Disorientation’ is a body of work by Gabriela A. Chojnowska reflecting on a moment of ontological uncertainty and the tension between the material and the imaginary worlds. The project architecturally re-imagines the Port of Leith in an attempt to resist forces of what Andrew Herscher and Anooradha Iyer Siddiqi have termed as Spatial Violence. The character of the place is a result of its history, the evolution of its shape, its past and present functions and its current state – fenced, out of sight and undergoing spatially violent destruction. Behind the fencing, an alternative world exists and it is different to the one that we know. That world is currently hidden and enclosed.

Once the site of the port held what Walter Benjamin called the condition of urban porosity, of tightly-knit spatial inter-dependence, temporal fluidity of space. Instead of fences, the project advocated ‘’liquid’’ boundaries that encourage the porous formation of the place and allow the time and the movement of people to play a key role in their formation. The project criticises a totalizing approach to current planning for the site through the development of speculative fragments and moments.

The last part of the exhibition, the collection of photographs and collages, focuses on the elements of Leith, which contribute to its current appearance and character. It highlights the importance of protecting the uniqueness of the place in the face of rapid developments taking place.

Gabriela comes from the post-industrial city of Lodz, Poland, where she grew up and developed an interest in arts, photography and especially in the beauty of abandoned places, which later translated into working in architectural conservation. She studied BA Architecture at the Kent School of Architecture, moved to Edinburgh in 2018 and since 2019 has worked as part of GRAS Groves-Raines Architects Studios. This year she graduated from Strathclyde University with a Master’s in Advanced Architectural Design with Distinction in 2022. She loves drawing, photography and illustration.